Working with dogs was George Attla’s boyhood passion, but bringing himself and the sport of sprint dog racing to world-class recognition was a unceasing, disciplined drive. He prepared for every race by sharpening his mindset while focusing on the narrow space between victory and defeat. These are attributes he learned from his father and others of his time, who developed strengths such as these to live as they did, completely off the land. George feels strongly that working with sled dogs can help youth learn about discipline, intuition, and success. He feels that youth need good role models and, over his lifetime, has felt compelled to share what he knows about the mindset of a winner. 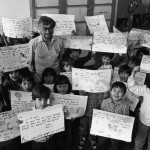 1980's- Courtesy of Fairbanks News-Miner of George with kids 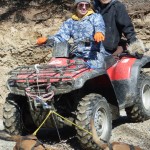 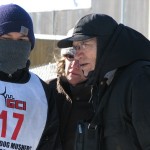 2007.03- Simon, Bev of Stewart Attla with Grandpa before ONAC 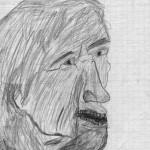