The best competitors in any sport spur the public’s interest and, without exception, gain the utmost respect of their peers. The same is true for sprint and distance sled dog racing. In his own words and with due respect, George Attla shares his feelings about his most long-standing sprint racing competitor, Doc Lombard. 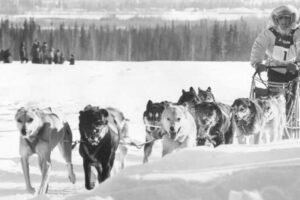 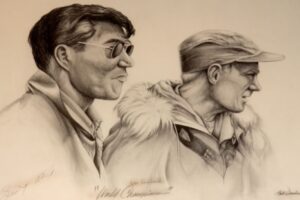 1982.03-Courtesy of George Attla of George & Doc Lombard after ONACCCC

George Attla reflects on Lance Mackey’s historic wins of the Yukon Quest and Iditarod in one year. He thinks Lance is one the best long-distance dog drivers in the world, and it is his champion mind-set that sets him apart from other mushers.

Because of the extraordinary communication he has with his dogs, George believes Lance will always get the best performance possible from them. As long as Lance is running, people are going to know he is in the race. Lance is a winner.