By George It’s Been 50 Years

From a speech by Ginger Attla at the celebration of George Attla’s  50 Years of Competitive Racing. The event was held in Huslia in April 2008.

In 1958 at the age of 24, George began his career in dog racing by winning the Anchorage Fur Rendezvous. Everybody knows that George’s racing team was made up of the best dogs of the Koyukuk River area. In an interview with George, he told me that his winning team had dogs from Steven Attla, Cue Bifelt, Lucien Sam, George Frank, and Sidney Huntington, among others. George said he learned from other incredible dogmen like his father George Attla Sr., Bergman Sam, Bobby Vent, Winkler Bifelt, Alfred Attla, and others. He said that all the original Koyukuk River dog racers were his “professors.”

He also told me that he felt it was an incredible privilege to grow up in such great country with an amazing breed of work dogs that had been developed over a long period of time. He said it was everything about the Koyukuk River area including all of its history that inspired him to become the best dog racer he could be.

The back wall of the gym shows what Alaska reported to the world about dog racing. From left to right, the articles cover 50 years of George’s racing. Please take time to look at the articles. All the poster boards will stay in the school for the students in Huslia. Of course, the best stories you can hear directly from George and the many other mushers from the Koyukuk River area. I’ll read you some letters about George from dog mushers from all over Alaska:

•Roxi Woods:
“I can remember listening to dog races on the radio when I was living in Circle from 1960 to 1964. I would hear my Dad, Gareth Wright competing with George and Doc Lombard. Little did I know I would someday be racing all of them. When George came in for his first race, he had to beat my Dad who was the reigning champion. Then in 1989 when I won my first Anchorage Fur Rendezvous, it was none other than George Attla who came in second. George is a legendary musher; he knows dogs, was always a tough competitor, and his racing career has spanned nearly a half a century! I wish I could be there to join all my friends in honoring George and the Koyukuk River Championship.”

•Marvin Kockrin:
“He’s been an inspiration to me. He was a good friend of my dad’s. He is a good friend of mine. I got inspired by being around him. He’s always trying to find a better and faster way of racing. Everything he did was geared to win dog races. No matter what was happening, nothing slowed him down. That’s what inspired me. He is always up and would come away with a good attitude. He doesn’t let anything slow him down. One year his leader died 1-2 weeks before North American Championship, and he just went about his business trying to put in another leader. “

•Steven Bergman:
“He’s the greatest. Did pretty good over the years and he sure helped the Native mushers.”

•Egil Ellis:
“He is the true hero in the sport and it’s an honor to be up there with him.” 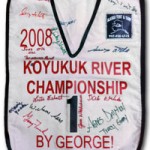 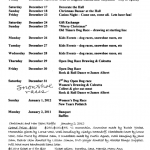 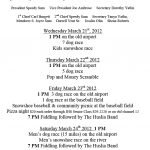 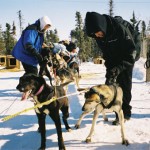