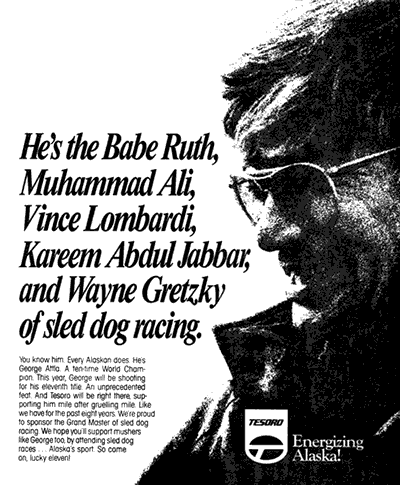 The legendary open-class sprint dog racer has won more Fur Rendezvous World Championships (10 wins) than any other musher to date.  He won 8 North American World Championships and 9 ISDRA unlimited class metals. His book, Everything I know about Training and Racing Sled Dogs, is still considered the musher’s bible. His life story became the subject of a film, Spirit of the Wind and a book of the same title has been published. In 2000 he was awarded the Best Musher of the 20th Century and voted No. 2 Alaskan Athlete of the Century. In 2007, he was inducted into the first Alaska Sports Hall of Fame. 2008 marked his 50th year of competitive sled dog racing. In April 2011, he won the Bergman Sam Memorial Koyukuk River Championship in Huslia. Attla turns 79 years old in August 2012.